The third Harpas at Halsway! We were 14 out of approximately 70 players in the UK. Seven stalwarts still keep coming back. Looking back at this picture now I can't believe this was only year 3!

All places are now filled.
Get in touch to find out details for 2015.

The Nyckelharpa is entering an exciting time in the UK thanks to the enthusiasm of player and teacher Vicki Swan. This is a full-on, fun packed workshop weekend for beginners as well as more experienced players of this unusual Swedish folk stringed instrument. Arrive from 4pm Friday. Finishes 5pm Sunday.

Places are available for complete beginners. To make the most of the weekend it's advisable to have some lessons or go to a workshop. Get in touch for details.

Dates are now released for 2015. This is a big year and we will be moving into the main building with more tutors. It'll be a complete nyckelharpa festival!
Visit the Halsway 2015 page.

About Vicki
Vicki graduated from the Royal College of Music on double bass, specialising in performance. Well known on the British folk scene she is a full time folk musician performing on nyckelharpa, bagpipes and singing. Being half Swedish the nyckelharpa was a natural choice to add to her armory of instruments and is now leading the development of the nyckelharpa in Great Britain with the UK Nyckelharpa Project and spearheaded the newly formed UK Nyckelharpa Society. In addition to various duo recordings Vicki has recently published the ‘British Session Tunes for Nyckelharpa’ and also a book of Duets in the Swedish Style. Vicki is a qualified teacher, specialising in instrumental teaching and has a masters in Education (specialising in distance tuition on the Scottish smallpipes) and composes and arranges music for the nyckelharpa and other ensembles. She is a member of the ENCORE (European Nyckelharpa Co-operation - ORchestral Experience) for 2013 and a tutor on the International Nyckelharpa Days in Germany in 2014. 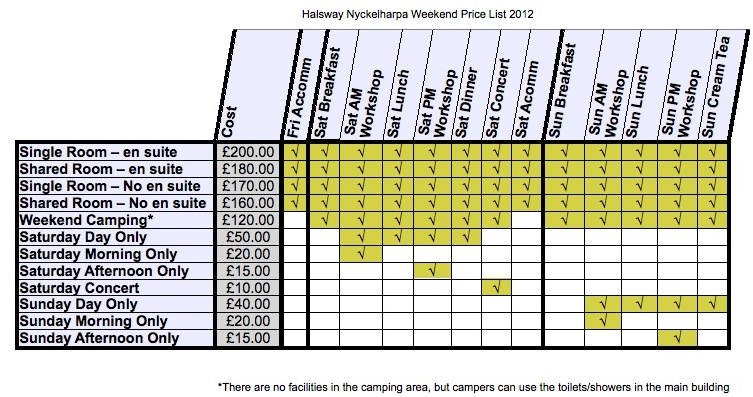